Bernhard Touwen is choir- and orkestconductor, teacher on both areas and conductor in residence of Concertkoor Haarlem.

After studying piano at Rotterdam Conservatoire, Touwen obtained his Performing Musician (Master’s) diploma under Argentine teacher Aquiles Delle Vigne. In 2000 he successfully completed his second phase studies in choral conducting with the diploma Performing Musician, with singing as subsidiary subject. Touwen is conductor of COV Con Amore in Leiden, Wijks Vocaal and Vocal ensemble Markant. With this last choir he performs the annual Matthäus Passion in Heusden, accompanied by the chamber orchestra Concerto Brabant, of which he has been artistic director and conductor since 2008. Each year, under his direction, memorial concerts are held on 4 May with the participation of soloists of the International Vocal Competition ‘s-Hertogenbosch.

In December 2009 Bernhard Touwen made his debut with the Nederlands Kamerkoor and the Combattimento Consort. With this world famous company he conducted a very successful performance of the complete Christmas Oratorio in a sold out Grote Kerk in Naarden. A remarkable performance’, according to the newspaper Trouw.
In June 2013, Touwen was selected to participate in the international conducting masterclass led by renowned pedagogue Jorma Panula with the Janacek Philharmonic Orchestra. There he made a great impression with his interpretation of Janacek’s Taras Bulba and Brahms’ Tragic Overture, among others.
His interpretations of both Baroque and Romantic works are widely praised. Recently, his performance of Mozart’s 40th symphony elicited enthusiastic reactions, as did his equally festive and intense performance of Handel’s Messiah. In 2017, he conducted Verdi’s Requiem and Monteverdi’s Mariavespers with great success. In 2020, he conducted the Messiah Day at the famous Leiden Scratch Days, impressively conducting a choir of 900 singers with orchestra in the Pieterskerk.

For more information about our conductor see www.bernhardtouwen.nl 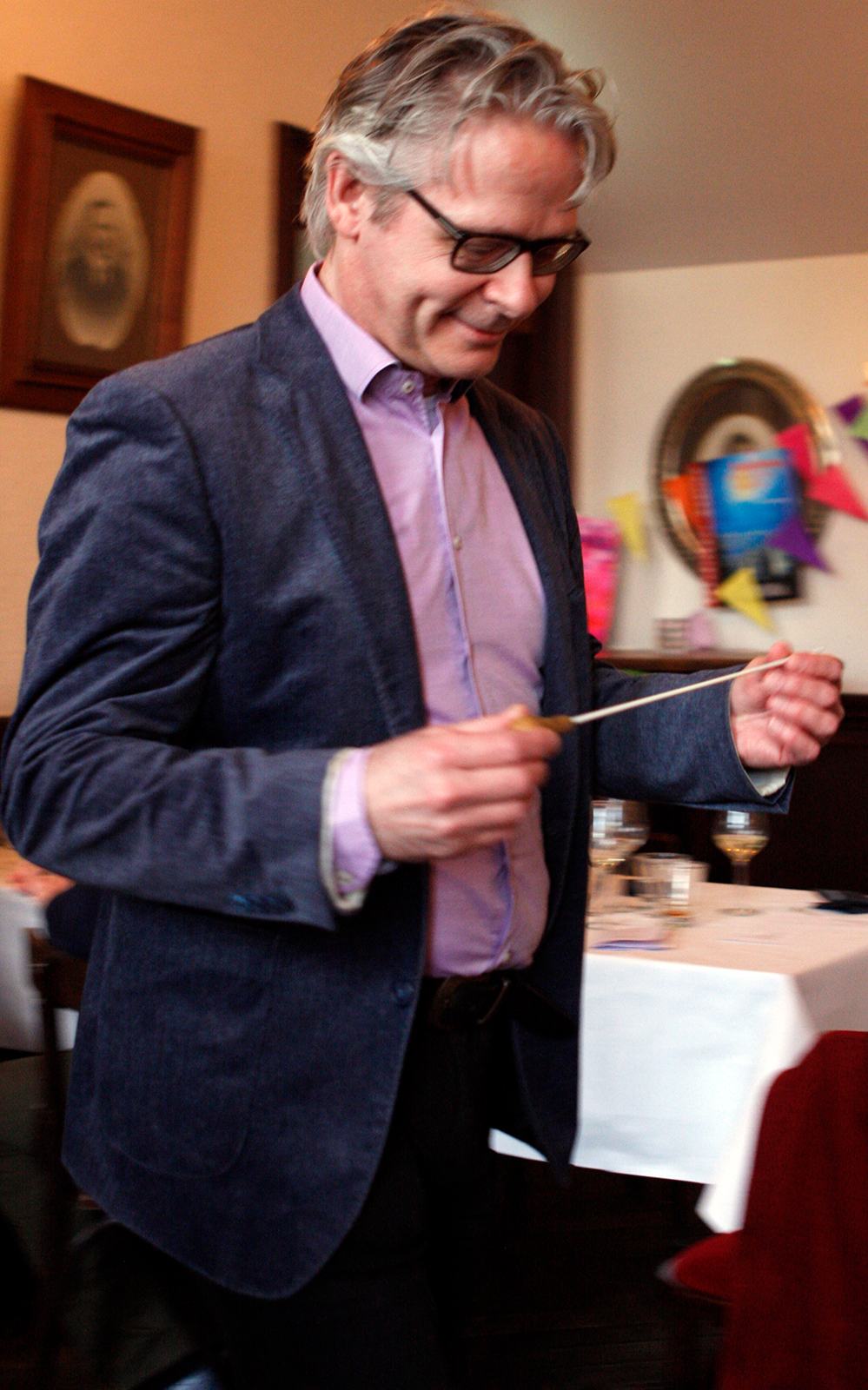